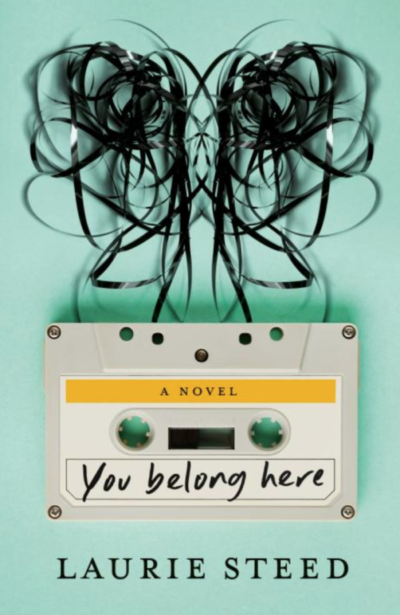 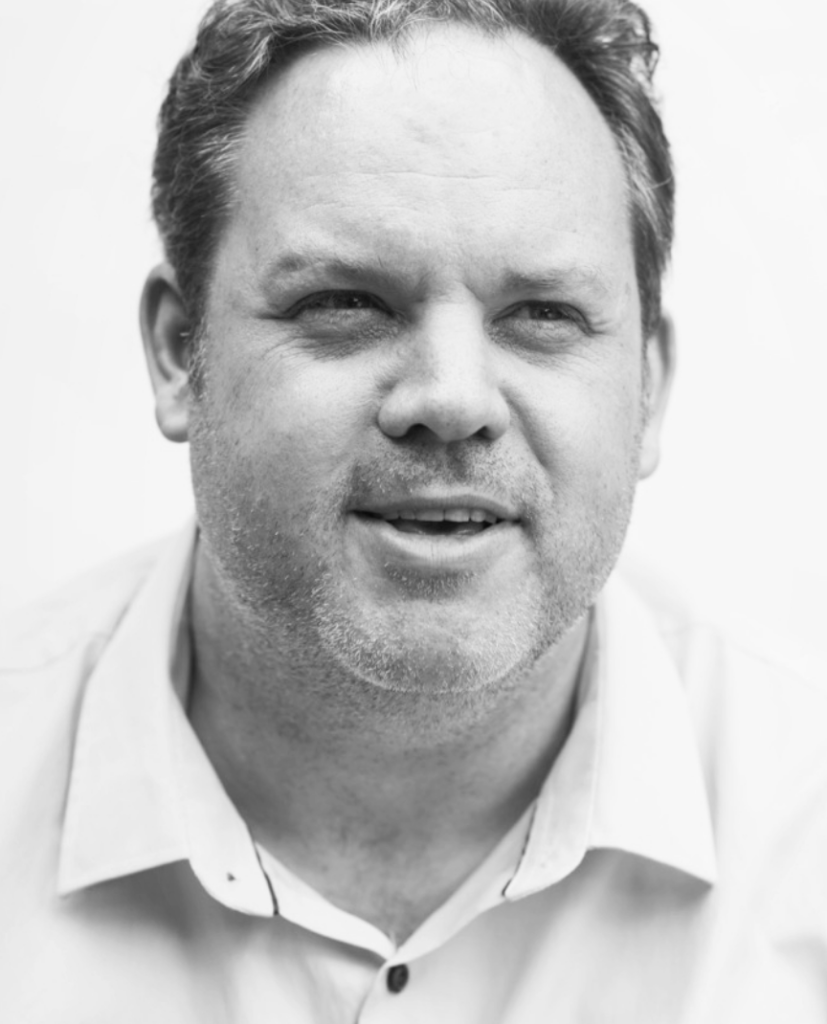 A few months before I had the opportunity to meet Laurie Steed, and before I found out about Laurie’s 1st Editions Retreat,  I borrowed You Belong Here from my local library. I park at the library carpark when I do my shopping and often pick up books on my way through. Laurie’s book caught my eye as rushed  to my car because of its title and the cover art. (When I use the library as a thoroughfare, I  seem to bring home  books in the ‘S-T’  section because they are displayed in such an enticing way).

Laurie’s novel is about a Melbourne couple Jen and Steven Slater who meet and marry young, move to Perth —the most isolated city in the world— for Steven’s work. The young family falls apart and the story that follows is about the impact of the parent’s divorce on the three Slater children. The 250 page novel spans three generations, and is written in a tone and at a pace that allows for the reader (me) to deeply contemplate the ways in which humans love and hurt each other. Unlike many other novels I’ve read, this one is set in a Perth that is recognisable to me.

Read  reviews of You Belong Here.

Read a sample chapter of You Belong Here.

Laurie is the award-winning author of You Belong Here, published 2018 and the editor of Shibboleth and other stories, published 2016 (both by Margaret River Press). His writing has appeared in journals and anthologies including Best Australian Stories, Award Winning Australian Writing, The Age, Meanjin, Westerly, and Island.  He won the 2013 Patricia Hackett Prize for Fiction and was shortlisted for the 2012 Bridport International Short Story Prize. He is a recipient of funded fellowships from The University of Iowa, The Baltic Writing Residency, The Elizabeth Kostova Foundation, The Katharine Susannah Prichard Foundation and The Fellowship of Writers (Western Australia). He currently teaches short fiction for Writers Victoria, and has previously worked in advisory roles for the Small Press Network, The Emerging Writers Festival and The Australia Council for the Arts. He lives in Perth, Western Australia with his wife and two young sons, and has a PhD in Creative Writing.

Anonymise Perth too much and you’ll suggest our stories are not worthy of remembering.

What are you working on at the moment? I’m currently developing a story collection, working title of Faith, Love, and Family. It is funny how much I’ve enjoyed returning to the short form, and how natural it feels to do so.

I’ve met many creative writers recently who are PhD students. What are the benefits of doing a PhD in creative writing?  For me, a PhD (and the accompanying scholarship) enabled me to prioritise my writing full-time, for the first time in my life. Some people would cite the networking opportunities, or the joys of being clothed in academia; I stayed in ‘the cave’ at UWA for the most part, finding words with fellow PhDer (and kick-arse short-story writer) Brooke Dunnell. We’d sometimes grab a coffee but otherwise I was there to work, and to chase those dreams I’d dreamt while working all manner of jobs to enable me to pay my rent, and to keep writing.

Did you have a mentor before you were published? If so what were the benefits of having one? I had two: Brigid Lowry (while studying my PhD) and Susan Midalia (during editing and revisions for You Belong Here). To ask the benefits of Susan and Brigid is a bit like asking the benefits of sun, or fresh air. They’re good for you, period. A great mentor sees you as whole long before you have a book to promote; they know things you don’t, discuss things you couldn’t possibly have considered, and love you even when you’re feeling bent and broken. I owe a huge debt to Susan and Brigid: both kept me going when I felt that I was not enough, had bitten off more than I could chew, and would never get there.

I was hopelessly naive, thinking that if the writing was good enough, you wouldn’t need pitches, social media profiles, or any of that other stuff.

I’m going to a workshop soon where I’ll be learning how to pitch my work. What was your pitch for You Belong Here? What, you mean you’re supposed to have a pitch? I was hopelessly naive throughout, thinking that if the writing was good enough, you wouldn’t need pitches, social media profiles, or any of that other stuff. It’s not that I begrudge those seeking to be marketable or commercial, it’s just that I am not a flavour, or a cut of cloth, I’m a writer. Do I want people to read my work? Of course. But pitching is often unfair to the work, and to the sources you’re citing. Most literature, if it is any good, defies such easy categorisation, at least in my opinion.

What are the benefits and challenges of going with an independent publisher? Working with Margaret River Press has been a dream I didn’t know I had, at least not when I was first accepted for publication. We went through not one but two edits with an editor of my choice. I chose my cover and cover designer too. I’m not expecting this to happen with every book, but it made my first published novel feel truly special, and wholly as I’d originally envisioned.

The challenges to going with an independent publisher are what you’d expect: you’re going with a smaller distributor, and so it’s hard to get purchase in terms of bookstore space and promotion. It’s harder to get promoted full-stop. And as for all those radio shows and newspaper features? For the most part, It’s not in their business to keep abreast of smaller Western Australian publishers, and so they don’t, for the most part.

At the workshop, some of us spoke about how we often anonymise Perth in our stories for various reasons. Did you at any point think about setting your story elsewhere? I never thought of setting You Belong Here anywhere other than Perth, although my next collection has stories set in London, Zurich, and I’m pretty sure, Kedron, Queensland (spot the odd one out there!). I didn’t think about setting You Belong Here anywhere else because it is a distinctly Perth story. Start anonymising your settings, and you run the risk of writing to an imaginary audience. Anonymise Perth too much and you’ll suggest our stories are not worthy of remembering.

Do you have a regular writing routine? If so, what does it look like? You are looking at my ‘regular’ routine these days. Typically: past 8.30pm, once the kids are asleep and we’ve had dinner. Often: on to 11, 12 at night in the hope of writing something of note. I do have two days off from work but at present they’re filled with writing-related work: mentoring, editing, manuscript assessments, and the like.

To me, Salinger took risks with each family member; he was brave enough to create characters that were both light and dark.

Who are your favourite writers? My criteria for favourite writers is pretty simple. I need to get the feeling that they care; that they want to better people; that they write not to impress, or to be seen as erudite, but rather to share, and to connect on what the hell it is we’re doing here as human beings. For me, that’s Kurt Vonnegut, JD Salinger, Lorrie Moore, and David Foster Wallace, among others.

Favourite fictional character? Zooey Glass every time. Jay McInerney once called the Glass Family ‘self-satisfied,’ and yet each time I read their stories, I feel anything but about them. To me, Salinger took risks with each family member; he was brave enough to create characters that were both light and dark; he didn’t need nor want to insult our intelligence with stereotypes or black and white characterisation.

Other influences? They are mostly musicians, film-makers, and visual artists: Yves Klein, Candace Breitz, and Rothko on the visual front. Shane Carruth and Francois Truffaut in terms of cinema. Musicians and bands: Matthew Robert Cooper, 10,000 Maniacs, Michael Franti, and The Waifs.

Most prized possession? A hug from Michael Franti. I’d planned to say so much when I saw him in King’s Park. Had nothing left to say in the end, so I just hugged him, and in that moment, sent packing every boofhead, bogan, and clown who had ever made me feel small for being soulful, scared, or sensitive.

Favourite journey? My trip to Iowa, USA, for the Graduate summer fiction workshop. I met not one but two of my best friends, was pushed to be a better, smarter writer, and I ate (drank?) a pie shake. If there’s a better journey than that, then I have not yet been on it. (Excepting marriage and the birth of my sons, but that’s given as read, right?).

What talent would you most like to have? Musical. I always had the feeling that if I had played the right note at the right time, my life may well have been quite different.

What’s next? I am writing a book about a bear that will take me to Bulgaria, and must also balance a life that’s dangerously in flux. I tried recently to be the type of model citizen who worked in government, and it worked, for a while. Only now I’m not sure who I am, excepting that same old writer who first put pen to paper more than sixteen years ago. So, I guess I’ll write. It’s what I do, and who I am, when forces aren’t conspiring to shape me into something more financially viable. 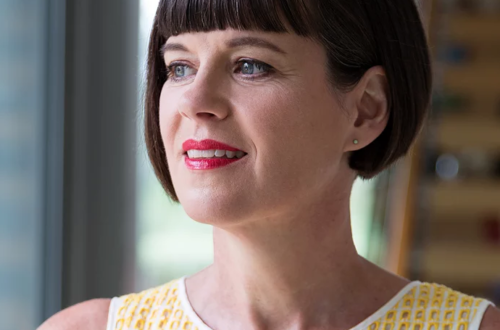 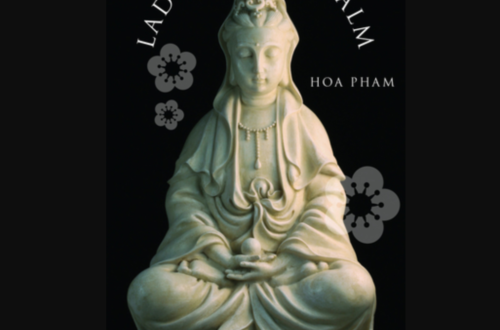