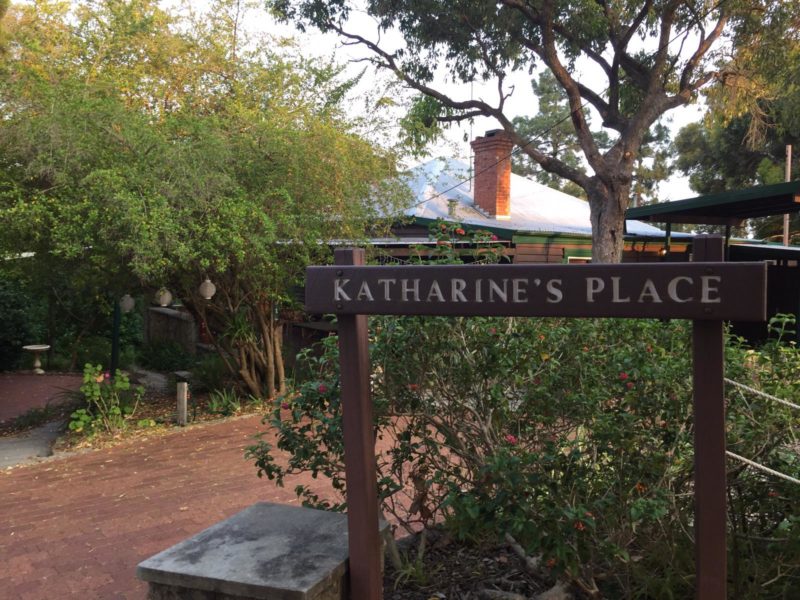 I spent the last three days at KSP’s 1st Edition retreat working on the first complete draft of a short-story anthology and attending workshops alongside two other emerging writers. Laurie Steed was our mentor.

One of the things we spoke about in the workshops was locating our stories in real places. I’ve fallen into the habit of anonymising places and names because I spent the last few years working on a qualitative research project. I am going to review my stories and see if they are better off anchored to a real place.  Although many stories are set in imagined spaces that no longer or never existed in the first place, some were written with specific locations in mind.

When my family migrated to Perth, we stayed with relatives who lived a little farther up the hill from KSP. I remember that on that first drive from the airport to their home,  I put my hands in front of my face to see if it was as dark in Perth as it was in my dad’s wartime jungle home in Malaya.  It was the first time I’d experienced complete darkness.

I didn’t question this memory until I Googled the lunar calendar and saw that I arrived in Australia only two days after the full moon. Was it as dark as I remember? It was cold and wet so the moon was probably concealed behind the clouds.  But what about lights? Perth was known as The City of Lights so of course there were lights and streetlights in the early 80s, but my relatives lived on a semi-rural property so it is possible I put my hands in front of my face when we turned off the main road. Is it even important that I know the exact moment I pinned down a passing thought?

My memory of my first morning in Australia is more distinct; My cousins jumped on me and gave me an Uncle Toby’s muesli bar (crunchy not chewy), and a bull ant bit my mother.

Oh, and on the topic of Katharine’s ghost? I wouldn’t have bothered addressing this point had my iPhone not slipped out of my hand and onto the concrete pavement when I was in the middle of photographing  her house early one morning. The screen shattered so I could only use the phone as a phone for the rest of the weekend. I put my clumsiness down to lack of sleep but perhaps it was Katharine telling me to stay away from social media and write! 🙂 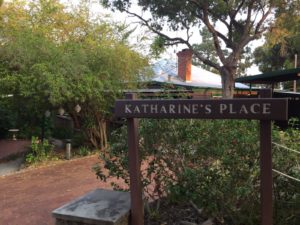 The photo taken just before I dropped my phone.